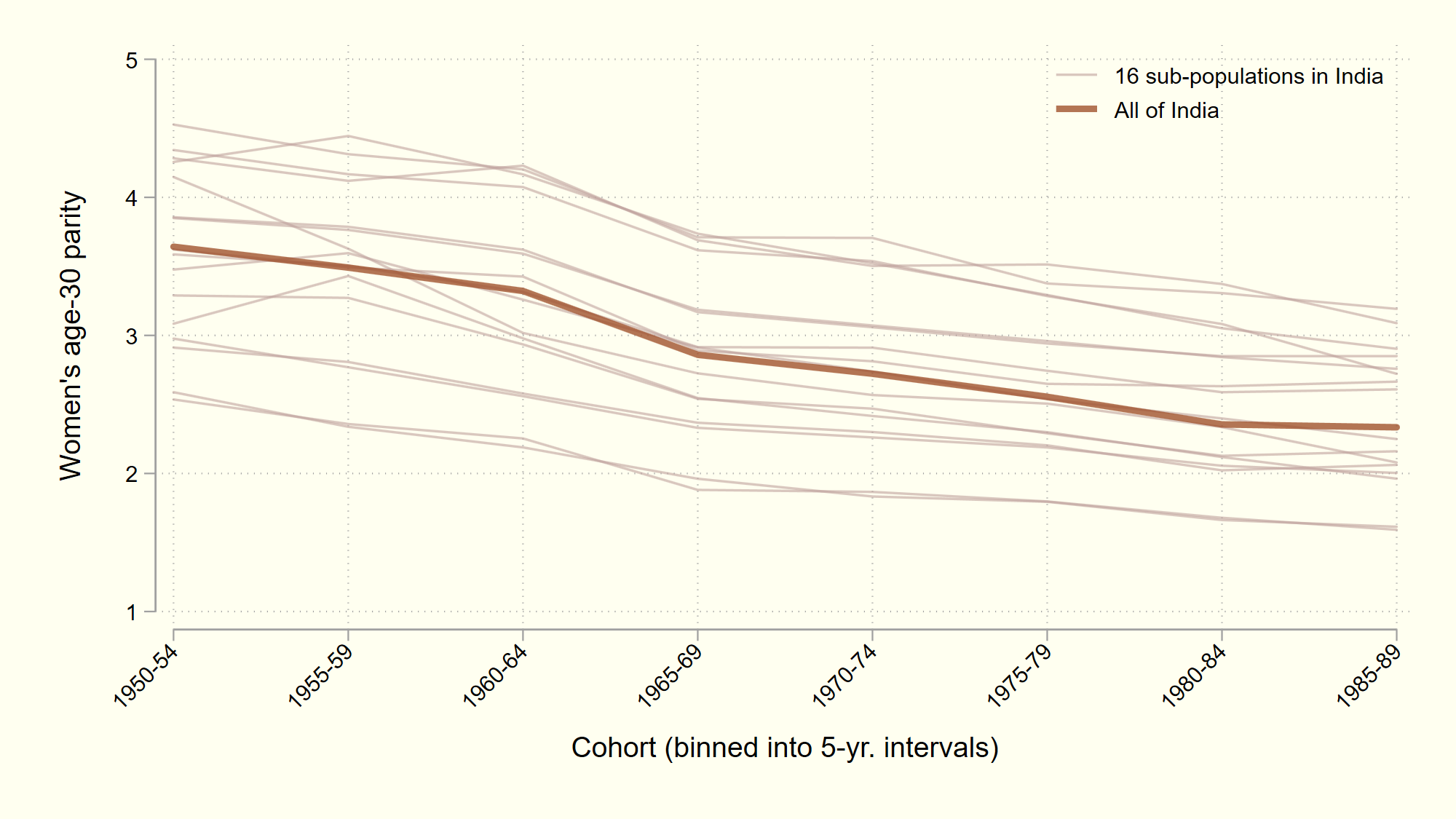 Above: We divide mothers in India into 16 large sub-populations according to sector, religion, education, and geography (north versus south). Even the groups with the highest levels of fertility have declining levels of fertility.

All leading long-term global population projections agree on continuing fertility decline, resulting in a rate of population size growth that will continue to decline towards zero and would eventually turn negative. However, a literature inspired by mathematical biology has suggested that because fertility is heritable (i.e., higher-fertility parents tend to have higher-fertility children) and heterogeneous within a population, long-term population growth must eventually be positive. In this research note, we show that heritable fertility is not sufficient for positive long-term population growth, for empirical and theoretical reasons. First, empirically, even higher-fertility sub-populations show declining fertility rates which may eventually be below replacement (and in some populations already are). Second, in a simple Markov model, because heritability is imperfect, the combination of heritability and fertility rates may be quantitatively insufficient: it may be that higher-fertility parents nevertheless produce too few children who retain higher-fertility preferences. These results underscore the importance both of understanding the possible consequences of long-term fertility decline and depopulation and of the causal importance of culture and choice in human populations.